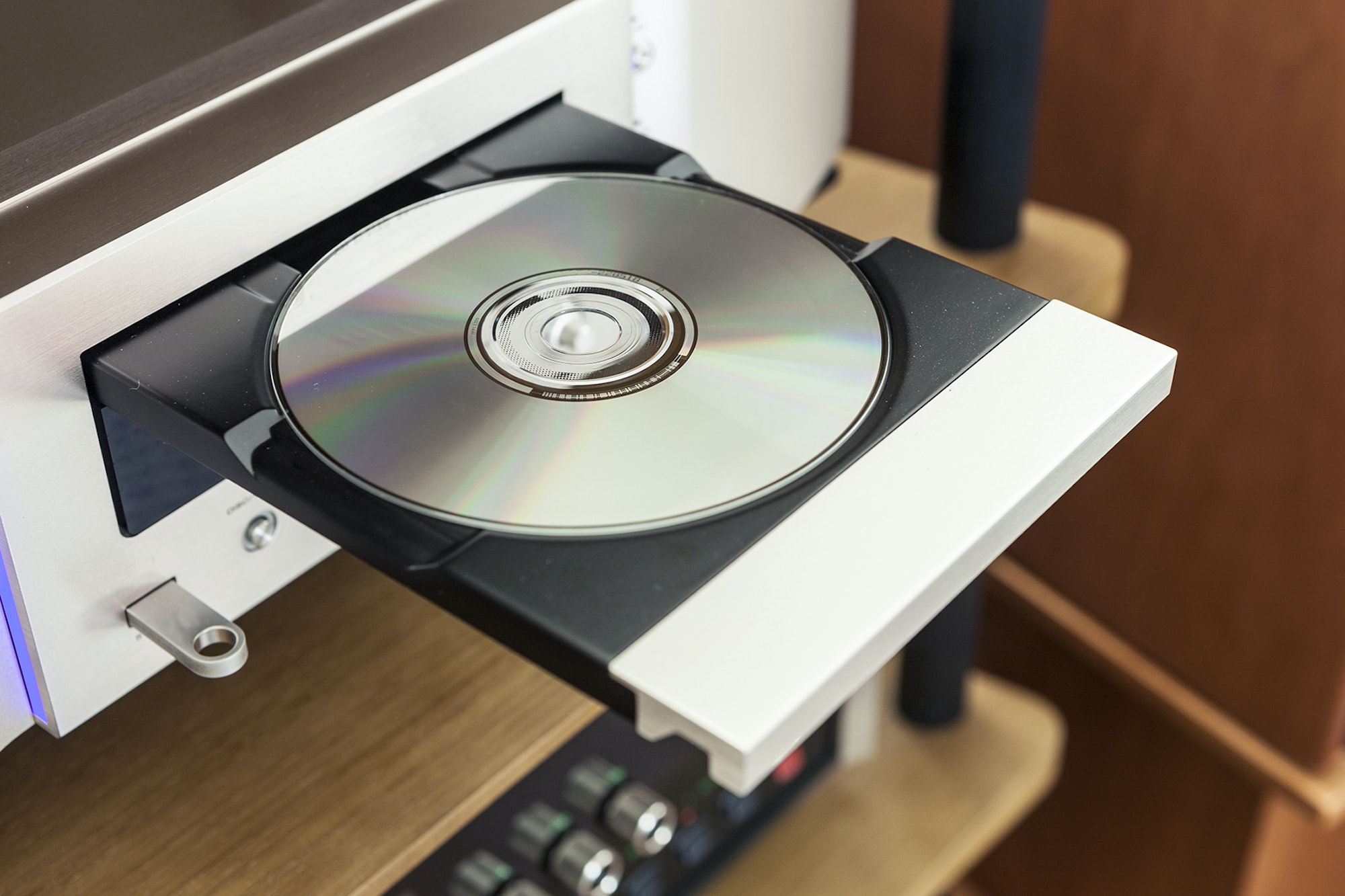 Analog vs Digital Media: Which is Better?

I am dating myself, but the first time my parents rented a video, it was for a Beta VCR. Yes, people actually owned those for home use at one point. Since then, technology has advanced to the point where people no longer need a huge shelf for hard media, like tapes, DVDs, or Blurays because everything can be streamed.

But, has technology caught up with the ideal goal of a near-lossless sound experience for your home theater? Experts say not so fast.

We’ll break down the differences for you and explain exactly how Klipsch home theater speakers can enhance your streaming audio experience to seem as though you’re on the movie set or in the recording studio.

What Does “Near Lossless” Mean Exactly?

When you are watching a movie from a streaming service like Netflix or Hulu or streaming music at home, the audio is automatically converted to reduce file size. “When compression happens, frequencies at the very highest and lowest of a record can be lost,” explains Backtracks.fm. Long story short: when a digital copy of audio is identical to the original, it’s considered “lossless.”

Company founder Paul W. Klipsch built the legendary Klipschorn speaker on the idea that the live music experience could be replicated in a home. This idea was an early form of near-lossless audio, decades ahead of the technological advancements we enjoy today.

Get Connected Media makes the comparison of a “Dolby Atmos track on Netflix or Apple TV transmits anywhere from 448 kbps (kilobits per second) to 768 kbps. If you are using the speakers on your TV then this will do just fine,” they explain. “If however, you have invested in an audio/video receiver, separate speakers, and a subwoofer, you will notice that your sound is lacking a certain depth or ‘punch’ if you will. A Blu-Ray 4K disc can max out at 18.000 kbps of audio data being sent through your sound system.”

How Close is Near-Lossless to Lossless?

Bluetooth advancements, like AptX, compress the audio less, but it’s not totally lossless.

Wifi, on the other hand, has the ability to send audio wirelessly, without sacrificing the quality of recordings. If you have a recording that contains the full range of audio, that content can be accurately delivered to your speakers.

Will Lossless Audio Ever be a Reality in the Streaming World?

“Lossless audio files are very large data files – usually anywhere from 30-50 MB per song – about 30-40x the size of a song over a streaming service in ‘normal’ quality,” says Senior Product Manager Michael Buratto. “So, in order for true lossless audio to be a reality in the streaming world, there will need to be vast improvements in both data compression algorithms AND internet delivery speeds.”

As for the future, Buratto says lossless streaming audio could become a reality sooner than we might think. “It will likely be several years before we are there. In the meantime, there have been vast improvements in data compression algorithms that have allowed premium streaming services like Qobuz and Tidal to offer higher resolution audio without ‘breaking the bank’ with data usage,” he explains. “We are starting to see higher resolution tiers from more ‘traditional’ streaming services as well, such as Amazon and Spotify.”

Serious audiophiles live for their vinyl collections and deep-diving into albums, so the short answer is, “of course not!”

But, what if you don’t have all the space in the world? What if you travel regularly for work and need to be able to access your fave movies and music via streaming? Will it sound the same? Can your favorite album sound the same from a streaming audio service as it does on the turntable? Does your favorite movie look and sound exactly the same on a stream as it does on a Blu-Ray disc?

There are many variables at play when deciding to stick to hard media or just switching to digital streaming as your primary source of entertainment.

Buratto says it really comes down to personal preference. “I’ve completely ditched my CD collection in favor of high-res streaming services and vinyl exclusively. CDs today sound much better than they did 20 or 30 years ago, but with hi-res streaming availability, I didn’t see a vast quality advantage with CDs,” he says. “The sound quality of a proper vinyl setup is of course still far beyond the quality of even the best streaming services, and - perhaps equally importantly- streaming services will never match the total experience of sitting down to listen to your favorite record or CD and flipping through the liner notes and artwork!”

Klipsch Senior Vice President of Global Brand and Business Development Mark Casavant has similar thoughts. "As a side note, unfortunately, today, digital audio technology has more served the convenience and packaging of music with compression, and this has not served the music fan or audiophile with the best sound that digital is capable of,” he says. “These days, higher resolution formats are becoming a bit more well-known and prevalent. But the good old Compact Disc is still something I enjoy to unpack and load in the disc player. Call me old school because I’m that way with Blu-ray discs for movies as well. I’m sure we’re getting to the point where we will not need to load discs into players or purchase discs with music or movies loaded on them, but we now are fully depending on the network for our entertainment. I still like having my music collection here at home. Long live the Compact Disc!“

They both have a point.

<< Previous Next >>
comments powered by Disqus

Disqus is owned by independent 3rd party Disqus, Inc. ("Disqus") and is subject to Disqus' own Privacy Policy. Disqus is responsible for the use, storage, and security of any personal data that you supply including sign up with Disqus and your participation in Disqus supplied comment functions. Disqus does not share your personal data with Klipsch, except to the extent that it allows Klipsch to administer the Disqus account on our site, which permits our access to (a) the name that you supplied to Disqus, (b) your email address, (c) your IP address at the time of commenting, and (d) your commenting history on the Disqus platform. We only use the personal data that we have access to as Disqus administrator for the purpose of moderating comments displayed on our blog entries.

This is a modal window to compare 2 or more products.